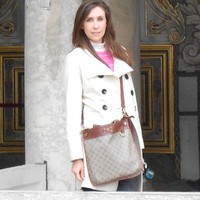 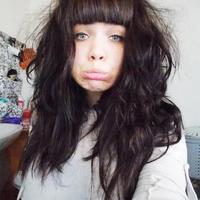 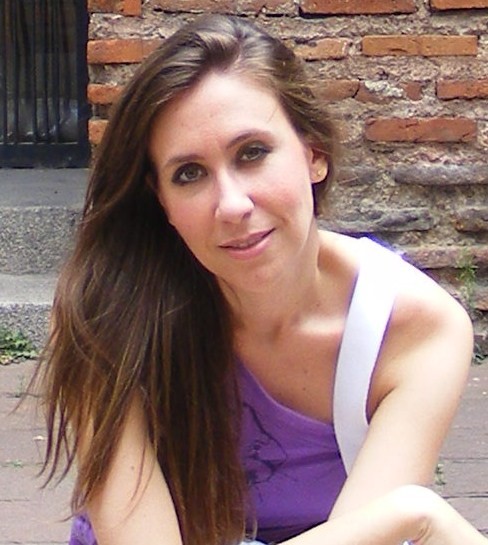 Katerina Avgeri was born in 1982 in Athens. She studied Archaeology and History of Art at the School of Philosophy of the National and Kapodistrian University of Athens and she has a postgraduate degree in Cultural Administration from Panteion University in Athens. Since 2006 she is working at the Greek Manpower Employment Organization (OAED) in several posts.
Her first collection of poems was published in 2009 under the title Night shot (Alexandria Publications). Her poems have been included in anthologies such as 30 under 30 (2010, Dekata Publications) and Poems of 2009 (2010, Dekata Publications) and also in the proceedings of the 30th Poetry Symposium organized by the University of Patras. Poems of hers have been published in several literary magazines such as The Poetics, Mandragoras and (de)kata.
She represented Greece in the 2nd International Forum of Young Poetesses in Baku, Azerbaijan (March 2014).


Packed herds of youths on fenced pavings,
on chairs arranged in order side by side,
single indication of companionship.


Dreams submitted to necessity
reflecting on opposite eye pupils,
undeniable sign of a common destiny.


Cowardice plans for short vacations,
shared from mouth to mouth
last remain of a common childhood.


Honest bursts of laughter on Friday night out
echo unduly in the summer night,
just to disturb the sequence of daily routine.


A spring of the city


Bitter city,
in the dawn of a summer.
Everywhere signs,
of a decadence that gets transiently reborn
allegedly to embrace one more spring.
Tough time for people.


Temporary escapes
in nights out drown in alcohol
with forgotten companies of winter.
Pretense of carelessness for a few hours
that will dissolve
under the wet bed sheets of summer dreams.
Tough time for people.


Roaming vacation plans
on burning roads, filled with sun ashes
and breaths of death on the corner of sidewalks.
Speeding steps and hopes enlivened
to fade out,
just before the return of fall.
Yes, tough time for people.


Ten years passed without taking their eyes from the road.
Even when by chance meet their deads they change pavement
so that they won’t be obliged to say good morning out of politeness.
They gathered feasts of valuables in their pockets not to be raised by the wind.
But the evenings before lying down on bed, they dread to dream
that they wear rings and wake up the sorrow in the loft.
They built their life expensively but now that their nails became thinner
they remembered to scratch old loves to perfume their deathbed.
When they decided to parade their dowry around the city to gain their lost esteem,
only some crows raised their hand to be consolidated the lower price.